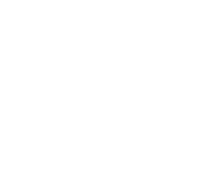 My name is Dr. Kevin Waugh. I grew up in Redmond, Washington and graduated from Washington State University (Go Cougs!) in 1996 with degrees in Psychology and Business. I then moved to the Bay Area to attend Palmer College of Chiropractic West where I graduated in 2001 with a Doctorate in Chiropractic. Getting back to my roots in Washington I became the proud owner of Crown Hill Chiropractic in North Seattle.

I have always been fascinated by the body’s ability to heal itself. My chiropractic story started when I was 17 years old. It was not actually me that found chiropractic, it was my mother. You see, she was one of those people that was in and out of the hospital when I was growing up. The only problem was that none of her doctors knew what was wrong with her. The solution, give her different kinds of medications until we see which one works! As many of us know, drugs have harmful side effects to our body and its internal workings (organs) and can also just “mask” the pain or symptoms. A long story short, I lost my mom to kidney failure along with many other “issues” when I was 18 years old. I later found out that it was because of all of the side effects from the countless medications that she was perscribed. Although she is not with me physically, she is with me every single day reminding me that what I do as a Chiropractor is the “right” and natural way to help the body heal. I can still remember her saying how much she loved her chiropractor because she was a “different kind of doctor”. Boy, was she right!

Albeit a sad story, it is the story of why I became a chiropractor and I can think of nothing else I’d rather be! On that note, please feel free to come in and share your story, I’m here.

Over the years I have attended numerous chiropractic seminars and become certified in many different chiropractic techniques. My passion to educate myself and others of the amazing benefits that chiropractic has to offer is what drives me most! Always remember, when you are in this office you are treated like family not just a patient or a number.

A little bit about my personal life…..I live in Burien with my beautiful wife Kristen. We have two cats, Chop and Cruz, and one crazy Bernese Mountain Dog, Kenai. We love camping, fishing, golfing, the Seahawks, and being with friends and family. If you are four legged and furry you are definitely a friend of ours.

Send us an Email
Font Resize
Contrast
Call Us Text Us